The consortium formed by EPFL and the Smart Living Lab in Fribourg is taking part in a major research project supported by the Swiss Federal Office of Energy SFOE. Known as SWICE (Sustainable Wellbeing for the Individual and the Collectivity in the Energy transition), the project aims to reduce Switzerland’s energy use by adapting buildings and urban environments to new trends in consumer lifestyles, such as working from home.

A particular emphasis will be placed in this project on people’s comfort and well-being when addressing sustainability strategies and technological development. “We believe that individual and societal factors should be given a central role in our response to the energy transition, that will only happen if embraced by the society. To this end, SWICE aims to keep people’s needs and behavior at the core of the strategies that will be developed” says Marilyne Andersen, professor, coordinator and principal investigator of this 8-year-long project.

«We believe that individual and societal factors should be given a central role in our response to the energy transition.»      Marilyne Andersen, principal investigator of the SWICE consortium

Through active collaborations with “living labs” across Switzerland, scientists will test ideas and apply new research hypotheses by directly involving residents and different stakeholders in order to explore ways of making lasting changes to behavior. Their efforts will focus on three key sectors – built environment, open spaces and mobility – and address their associated challenges from the building, neighborhood and city-wide perspectives. The team will draw on the skills and know-how of experts in sociology, psychology, mechanical and electrical engineering, architecture and urbanism, civil engineering, economics, chemical engineering and computational sciences, and environmental engineering.
“One of our goals with SWICE is for instance to transform neighborhoods into places where people can share resources, from renewable energy to hybridization and flexibilization of spaces for living, working and leisure” says Dr. Pastore, project manager for the SWICE consortium, who will work closely with the Research Office at EPFL. The research outcomes will be further tested through two pilot projects carried out a few years after the project begins. 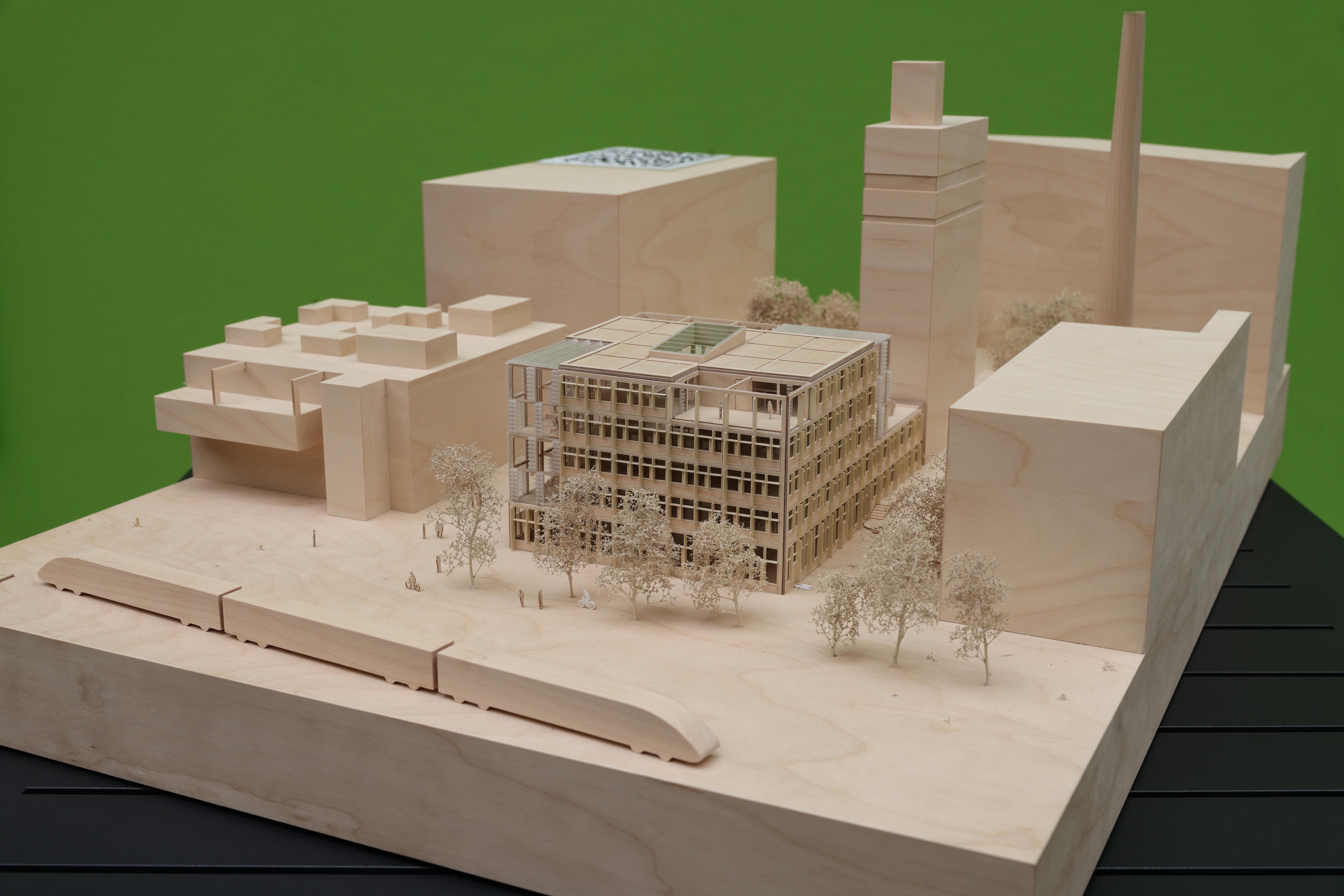 The model of the future Smart Living Lab's building in Fribourg, which will play a key role in the project. © Alain Herzog / EPFL

The Smart Living Lab building that is currently under construction in Fribourg will be one of the test sites, along with other formally recognized living labs in Zug and Winterthur. EPFL’s Lausanne campus, the University of Lausanne, the BlueFactory district in Fribourg, the Geneva Canton and the cities of Fribourg, Winterthur and Zurich will also be used as case studies. In parallel, the project team will establish a virtual living lab, to test hypotheses by asking consumers through digital game platforms.

“The research approach accounts for the active engagement of citizens, employees, property managers, businesses and communities overall. The Smart Living Lab, as an experimental research center, will therefore play a key role within the SWICE project and its network of Swiss living labs”, points out Martin Gonzenbach, operational director of the Smart Living Lab in Fribourg, from where the impulse to steer this project originated, with the support of the Building2050 group.

The SWICE consortium consists of 10 higher education institutions: EPFL (Host institution), ETH Zurich and EMPA, as well as the Universities of Fribourg, Geneva and Lausanne and the Universities of Applied Sciences of Fribourg (HEIA-FR), Lucerne (HSLU), Winterthur (ZHAW) and Ticino (SUPSI).They will work with 30 public- and private-sector organizations, amongst which we find the Swiss railway company (CFF), Implenia, Groupe E and Swisscom. It has been selected for funding under SFOE’s “SWiss Energy research for the Energy Transition” (SWEET) program, which supports innovations that will be key to implementing Switzerland’s 2050 energy strategy and achieving its climate goals.