Twenty EPFL Bachelor’s, Master’s and PhD students took part in the first EPFL Changemakers program, which ran from October 2020 to February 2021. The program, a joint initiative of Tech4Impact and EPFL’s Start-Ups Unit, concluded with a ceremony on 10 March where students presented their business ideas and shared the highlights of their experience.

Raphaël Ausilio and Valentin Karam, two Master’s students in microengineering, first came up with their idea a year ago, during a product design class. They were part of a group of five students who, for their class project, designed a system that could detect obstacles for white canes – making daily life easier for the blind and visually impaired. Ausilio and Karam saw a lot of potential in their idea and decided to take it further through the EPFL Changemakers program. Today, prototypes of their Hikane system are about to be tested by around a dozen volunteers.

Hikane is a small device that can be attached directly to a cane’s handle. It consists of two Lidar laser-and-sensor mechanisms that are currently able to detect obstacles around 20 cm in front of the cane’s tip. When an obstacle is identified, the system provides haptic feedback in the form a vibration that cane-holders feel on their thumb.

While conventional canes only provide an indication of what’s on the ground, Hikane adds a vertical element to the information. “Our system can detect objects that could come into contact with users’ faces, such as tree branches, store windows, cars and signs,” says Karam. “As we were researching our idea, we found out that the blind and visually impaired typically have accidents at least once a month. And 10% of the time, they end up in the hospital! It’s a real problem. Being able to detect obstacles before they run into them despite using a cane would be a major improvement.”

«We want to give these students the tools to drive societal change, both individually and as part of a group.»      Alessandra Rojas

Similar detection systems are already available on the market, but that didn’t discourage the young entrepreneurs. “Existing devices all have the same problem – they are way too expensive, ranging from CHF 600 to CHF 5,000 each,” says Ausilio. “And they’re hard to use. Some of them require a week of training and others have to be connected to a smartphone via Bluetooth. However, Hikane is intended to be simple, run on its own and be as affordable as possible.”

Alessandra Capurro’s idea aims to help consumers make sustainable, environmentally responsible choices. “It’s based on my personal experience,” she says. “Last summer I started taking a closer look at my own environmental footprint and wanted to change my purchasing habits, but I realized it’s often hard to know what products are better than others. When you’re at the supermarket, for example, should you buy local or organic? The information you need isn’t always available. Even if you start out with the best intentions, it’s easy to throw in the towel.” Capurro, a Master’s student in microengineering, wanted to develop a system that would give consumers easy access to information about products’ environmental impact. 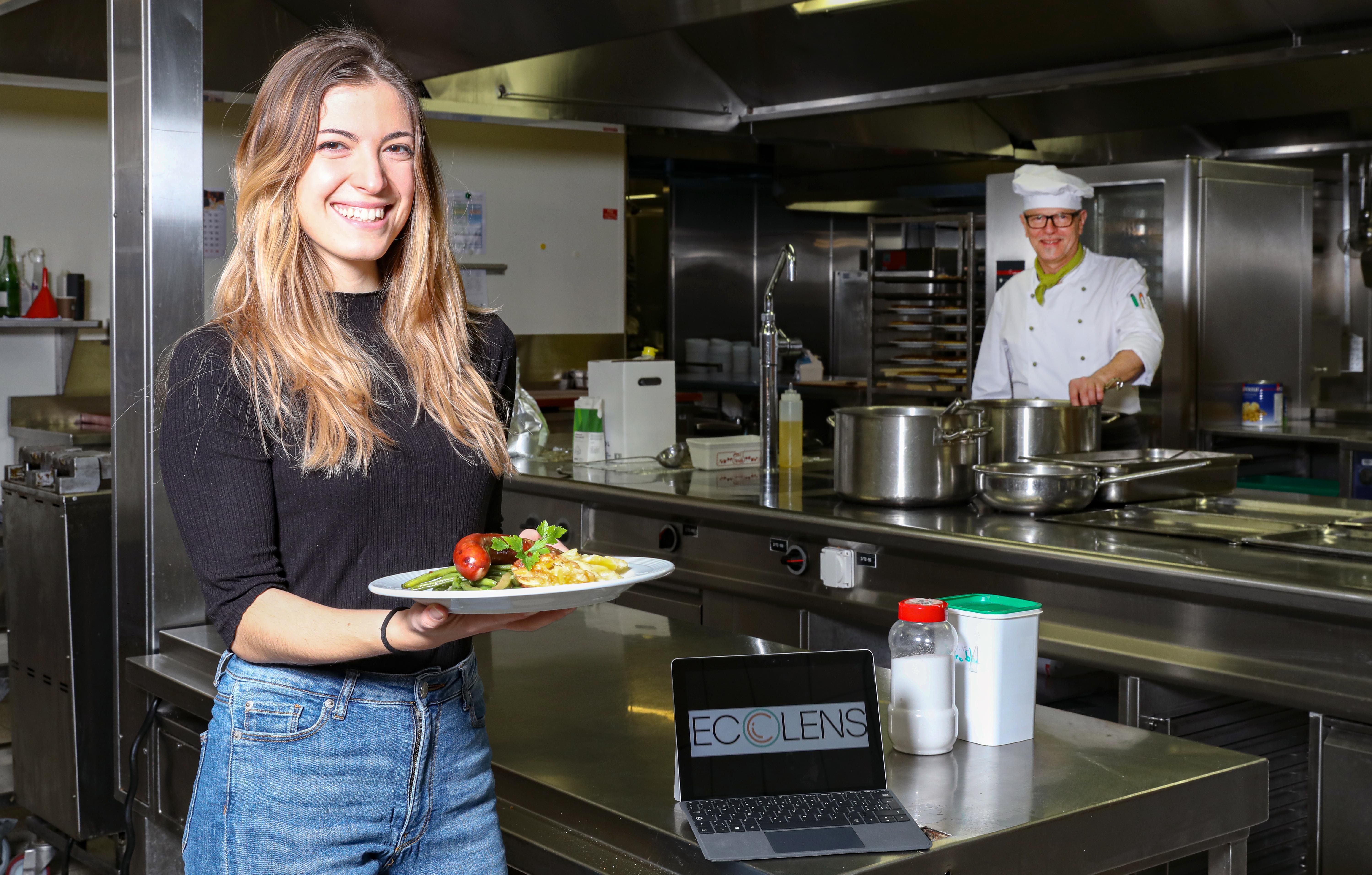 At first she wasn’t sure how to turn her idea into a tangible business opportunity, so she decided to sign up for EPFL Changemakers. “It was the perfect program for me since I knew nothing about entrepreneurship or project management,” says Capurro. “I needed guidance, and EPFL Changemakers gave me the fundamental skills to put together a business case from scratch. It’s an excellent program – I’m really glad I got to take part!”

She worked with a group of seven other people to develop the system, called EcoLens. It consists of a rating system tied to a database that restaurant managers can use to calculate the carbon footprint of the dishes on their menus. The restaurants can then share these carbon scores with their customers, who will therefore be able to make responsible choices easily and reliably. “We’re also involved in the Act for Change program, through which we can speak directly with the managers of EPFL campus restaurants,” says Capurro. “We hope to be able to supply them with our rating system by the end of the semester.”

Green Truck is the idea proposed by Mohamed Khadri and Jules Courtois, two computer scientists who are building a sustainable goods-delivery service. They have already rolled out a service that uses cargo bikes to deliver products to retail customers, and they now plan to expand it with trucks running on renewable energy. Khadri, a Master’s student in computer science, and Courtois, a former PhD student in digital humanities, believe now is the perfect time to launch a turnkey service that could substantially reduce shipping-related carbon emissions and encourage consumers to purchase locally.

The pair saw their business idea take shape in January 2020 when Tesla unveiled its Semi trailer truck. “There are many personal vehicles on the market that are powered by renewable energy, but relatively few large utility vehicles,” says Courtois. “If everything goes well, we will be able to get a Tesla Semi when they become available in late 2021.”

Khadri and Courtois have already set up a company called Green Future that serves as an incubator for sustainable business ideas, providing a platform for manufacturers, engineers and anyone else working on clean logistics technology to pool their skills. One system being developed at the incubator is an app that centralizes various logistics programs and makes them readily available. “Logistics optimization software already exists – such as for mapping out optimal delivery routes, managing various tasks and tracking shipments – but the programs are often complicated and too expensive for small manufacturers,” says Khadri. “We wanted to give these companies an interface that’s simple and straightforward.” 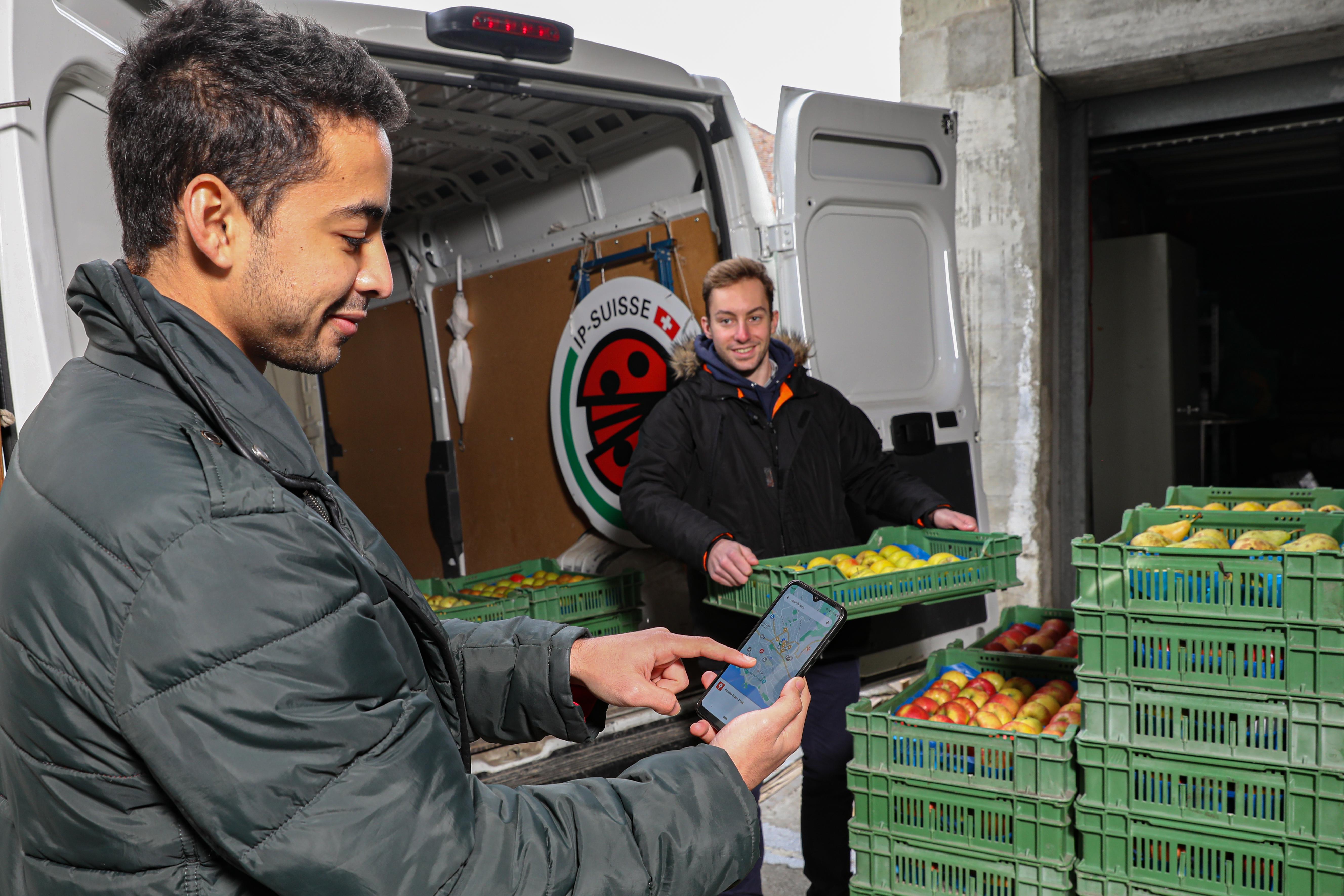 EPFL Changemakers is a program consisting of workshops on sustainability and entrepreneurship, mentoring sessions and community-building activities. Alessandra Rojas, an EPFL Changemaker program manager, explains: “Our program is designed to develop students’ leadership skills, foster an entrepreneurial spirit, train students on sustainability related issues and build a community of future entrepreneurs who have the same vision and action-oriented approach – and who can support each other. We want to give these students the tools to drive societal change, both individually and as part of a group.”

Rojas and the rest of the EPFL Changemaker team were pleased with this first run. “It went even better than we expected,” she says. “We were happy to see the students so motivated to learn practical skills and to work hard on developing and implementing their ideas. They were open to feedback and suggestions throughout the semester – some even asked to take additional modules. Their drive was incredible! Especially considering that we had to hold all the sessions online. We were also pleasantly surprised to see that over half the 20 students had business ideas focused on sustainability – and we didn’t even make that one of the program’s requirements. That shows they have a clear desire to develop socially and environmentally responsible innovations and that they view sustainability as a priority for the future.”