Pregnancy tests and rapid-detection tests for the new coronavirus work in the same way. They contain a surface – usually made of metal – on which chemical nanosensors detect specific compounds in a sample of urine, saliva or blood that indicate the presence of a given protein or part of a virus. “The tests show up as positive if their sensors come into contact with the target compound,” says Olivier Martin, head of EPFL’s Nanophotonics and Metrology Laboratory, within the School of Engineering.

This biological mechanism is invisible to the naked eye, but the way the metal is structured makes it able to interact with light, creating disturbances in the light’s movement. “These disturbances are what tell us that a sensor on the metal surface has come into contact with the target compound,” says Martin. “The process creates an optical wave, which propagates and appears as a red line on a pregnancy test, for example.” His team worked with scientists at EPFL’s Bionanophotonic Systems Laboratory, headed by Hatice Altug, to make the technology more sensitive and more effective. Their findings have just been published in Nano Letters. 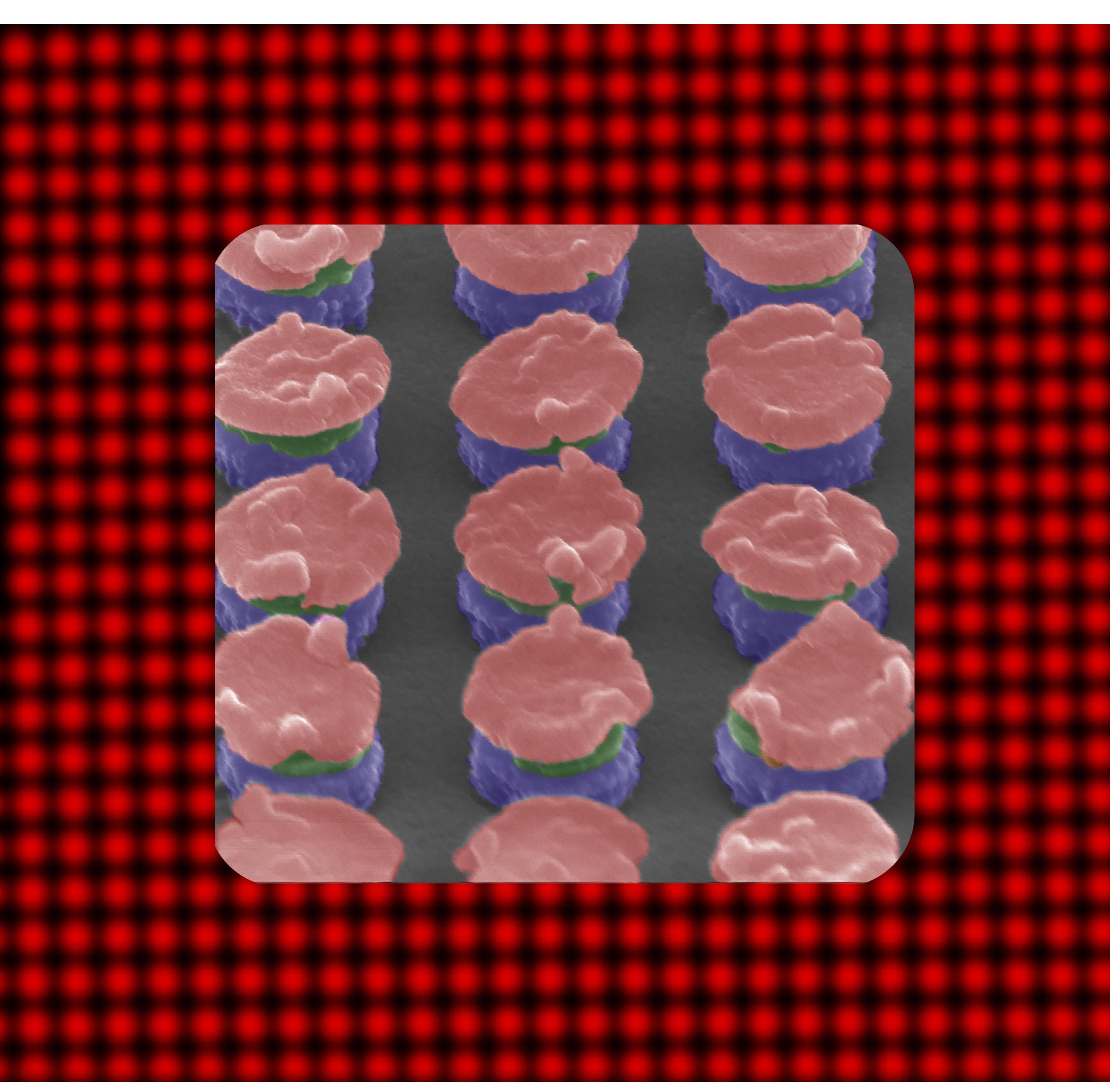 Using silicon as a soundbox

To conduct their experiments, the scientists used aluminum for the metal surface on which the nanosensors are placed. Just below the aluminum they added a layer of silicon, which doesn’t conduct electricity. “The silicon acts like a soundbox,” says Martin. “Picture a kettledrum – its surface vibrates when a drummer hits it, and it’s the soundbox underneath that lets us hear the vibrations. In our system, the silicon layer serves as a resonator and amplifies the metal’s reaction, making the system more sensitive. That means we can detect smaller proteins or smaller concentrations of viruses.”

Their sandwich-type system works on a nanometric scale. But why did they decide to develop such miniature technology? “We have to operate on the same scale as the objects we want to detect – in this case, proteins and viruses. Also, the optic response is different depending on the scale we’re using. A bar of silver can look grey to us, but on a nanometric scale, the silver particles actually appear blue,” says Martin. This is the first time that scientists have developed a medical testing system by coupling a metal with an electrical insulator. “We have formulas to design nanostructures for metals and for dielectric materials, but we still need to find one that combines the two,” says Martin. “Developing our sandwich technology was a real challenge. Next we plan to experiment with other metals, which will give rise to new challenges. We also need to optimize the structure of our device so that the optical resonance is as strong as possible."